A Centenary Tribute.
The Fight for Freedom of the Western Ukrainian People’s Republic 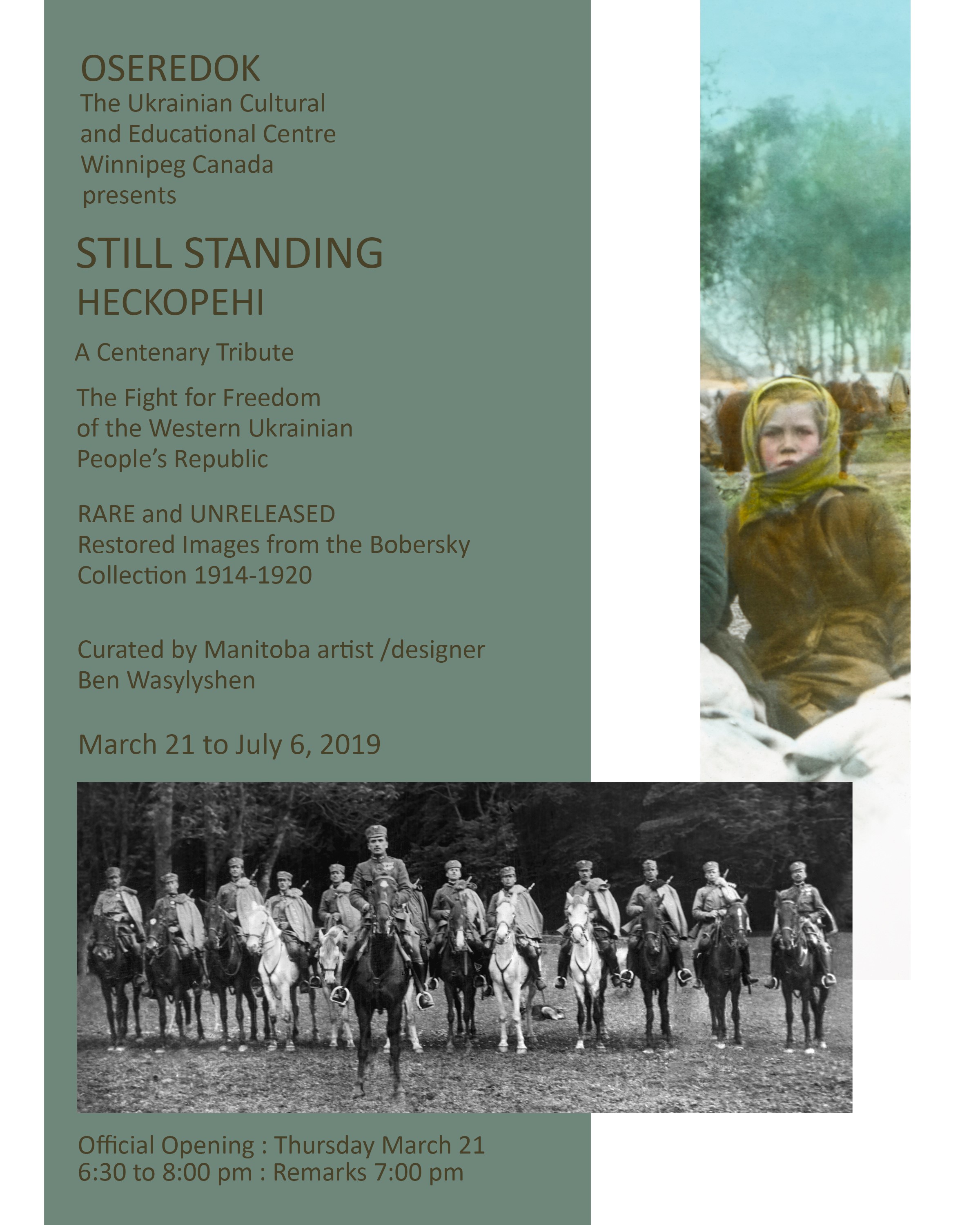 The Ivan Bobersky Collection Exhibition will commemorate the 100th Anniversary of the Western Ukrainian National Republic Independence (ZUNR) by showcasing 43 reproductions of images from the Bobersky Glass Lantern Slide Collection. The Bobersky Collection encompasses approximately 400, 3” x 3” glass lantern slides that are 100 years old. They are part of Oseredok’s permanent collection and have never been seen by the public. The glass slides feature photographs from World War I battles in Ukraine from 1918-1919. They present many images of Ukrainian Sich Riflemen, and other scenes, which Ivan Bobesky photographed. The exhibition will include, but is not limited to, poster size reproductions of 43, 3” x 3” glass lantern slides; detailed historical and geographical interpretive labeling; curatorial and historical discussion; audio-visual presentation, along with complementary background music and lighting, and reception.

Ivan Bobersky (1873-1947) was born in Ukraine and was a prominent Ukrainian politician, patriot, teacher, journalist, photographer and sports enthusiast. In 1918 he was delegated by the Ukrainian Government to Winnipeg to work as the Chair, Ukrainian Government Diplomatic Representation, in Canada. The offices were located at 247 Manitoba Avenue, Winnipeg, where the Mission functioned for three years, from 1920-1923. His position was to raise awareness of the conflict in Ukraine, garner moral support and raise funds to further independence. At meetings and rallies he showed his glass lantern slides that depicted the conflict in Ukraine. At Oseredok, August 2, 2018, a Memorial Plaque was unveiled and dedicated to the Diplomatic Mission of the Western Ukrainian People’s Republic that existed from 1920-1923. It is permanently affixed to the building’s exterior.

WHAT'S NEW IN OUR BOUTIQUE

VISIT OUR NEW EXHIBITION LINE, FORM, and FIGURE: an EXPLORATION of the WORKS of CHRISTINA SENKIW

VISIT US FOR DOORS OPEN WINNIPEG